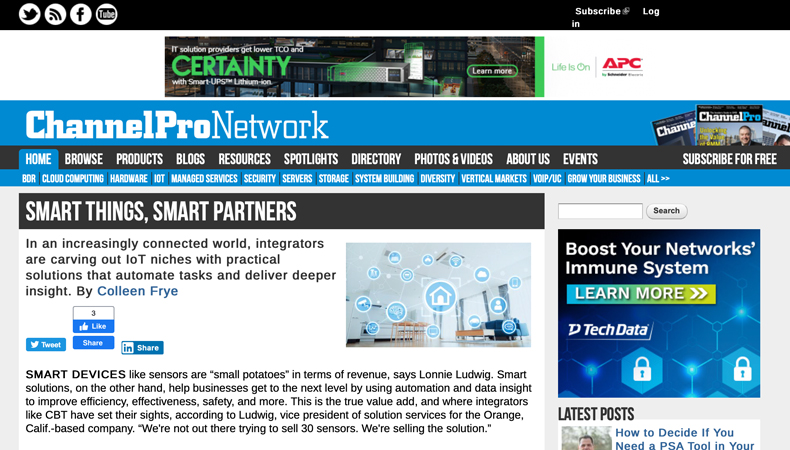 Michael Oh launched TSP LLC in 1992 when he was an undergraduate at MIT in Cambridge, Mass. He was initially serving the Apple ecosystem and then evolved to cross-platform support for both Mac and PC environments for small businesses in the area. Today the company has two major lines of business: TSP IT Services, an MSP with a recurring revenue model. The second is TSP Smart Spaces, which offers smart residential and commercial technology solutions that integrate visual, audio, lighting, HVAC, and security.

Michael Oh created TSP Smart Spaces about seven years ago when he was looking to diversify. An executive at one of the customers he supports approached him about a house he was building. The executive had worked with a traditional AV integrator to install a control system in his previous house and wanted something that worked better and was less expensive.

“It was a collaboration,” Oh explains. “He understood that we weren’t going to be experts in it from day one, and to a certain degree, very few people were at the time. We did a lot of research and this is where our networking and MSP background really helped. You can look at the foundations of any big IoT system right now, and the core of that is a really good, reliable network.”

Learning the control systems and audio/visual are just layers upon that MSP foundation, he says.

< Return to Press and Awards