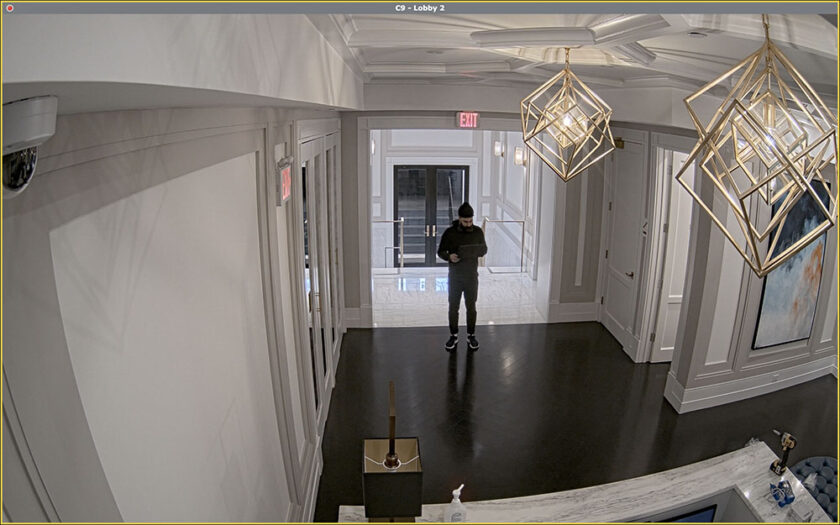 Looking for a home security camera system? It is easy to get overwhelmed by the huge number of products available and the confusing technical jargon that comes with them. Just walk into any big box retailer and there are numerous brands all seemingly selling the exact same camera. Every brand claims to offer high resolution and night vision, and sorting through the claims can be confusing.

What many people do not realize is that there is another class of security camera that is directly available to the public. However, these are not found in the big box and warehouse stores. These surveillance cameras are classified as “commercial-grade” home security cameras. They are the type of camera used by these big box chains to secure their inventory.

Look at the ceiling of consumer electronics stores and warehouse chains and you will notice in each aisle a white dome camera that is larger than the average consumer camera. Let that sink in for a moment… These companies do not even use the type of cameras they are selling to the public, and there is a good reason why.

As you just learned, there are two broad categories of home security cameras. What you generally find at stores are consumer-grade cameras. These usually come 8 or 16 cameras bundled with a video recorder, and sell for less than a thousand dollars for the set. The second category of camera, commercial-grade cameras, generally starts at about $400 per camera. This is a significantly higher price, with some specialty cameras being over $2,000. The video recorder must be purchased separately. Commercial grade recorders start at about $500 and can range up to $5,000 depending on the amount of storage, camera connectivity, and image processing features.

What do you get for that extra money? Let’s walk through each of the benefits and look at the difference it made to upgrade to a commercial home automation system on a recent TSP project. 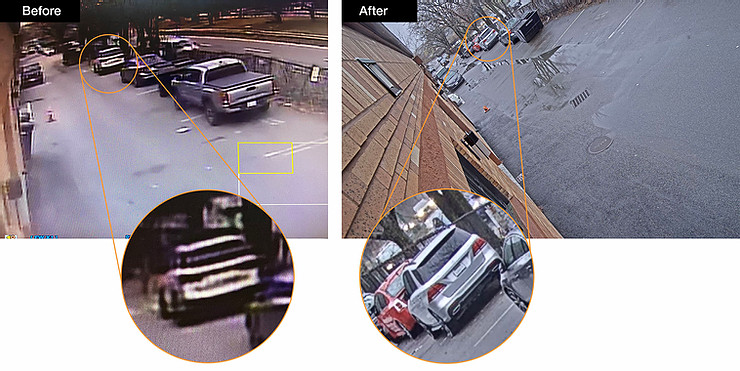 Before and After a TSP home security camera install.

On the surface, these two home security camera categories may appear similar. However, if you were able to see inside, the differences become obvious and distinct. Commercial-grade cameras are designed and built for high-performance applications where failure is not an option; consumer-grade cameras are not. Typically, consumer-grade cameras are built to work well when there is plenty of available light. Once the lighting becomes low or absent (think sunset or nighttime), their pedigree begins to show. Commercial cameras outperform their cheaper cousins because they have larger internal video sensors. Above all, they have higher-quality components that can adapt and capture excellent low light video.

Think of it this way, if a decent still-camera costs a minimum of two hundred and fifty dollars, how can a more sophisticated video camera be sold for the low price of forty dollars? It just does not add up. To offer such low prices, manufacturers must cut corners, and the end result is compromised performance. What good is a surveillance camera that only works in perfect conditions like bright sunlight? Consumer-grade home security cameras can work well in certain situations such as nanny cams or checking in on a pet. However, when looking to gather evidence of a crime they often come up short.

The rest of this article will focus on commercial-grade surveillance cameras. As you will learn they are the best choice to monitor your valuables and catch the bad guys.

Before and after security camera upgrade at a recent client installation. The model sleuth is our tech Chase!

Commercial-grade surveillance cameras prove their superiority when dealing with difficult lighting conditions. For example, it is common for a business to have a camera pointed at the front door of their store. When someone opens the door, a large amount of sunlight will shine through the doorway, flooding the camera’s sensor. A consumer-grade camera will try to adapt to the extra light being let in the room and will open its shutter to compensate. In turn, this causes the doorway to look properly exposed, though the store itself now appears dark because the room in which the camera is mounted is darker than the area of the doorway.

In this case, the business owner ends up having a well-exposed doorway, though an indoor image that is too dark to be usable. Meanwhile, the face of the person walking into the store is never captured because they are standing in the under-exposed store. Though the example given here is for a store, homes often have challenging mixed lighting conditions, too.

Commercial-grade cameras solve this problem with a special light-handling feature. These cameras use both a software and hardware solution called HDR, which stand for “High Dynamic Range”. In our example here, HDR takes an exposure of the room and an exposure of the doorway and then combines the two images together to create a properly-exposed composite image of the two areas. The image now looks completely normal since the doorway and room appear to be at the same brightness level. As a result, faces are properly exposed at the door and in the store, accomplishing the goal of capturing video of everyone entering the store. HDR is now a standard feature in commercial cameras. Unfortunately, once customers realize that the inexpensive consumer camera they bought is lacking HDR, it’s usually too late as the cameras and recorders are installed. 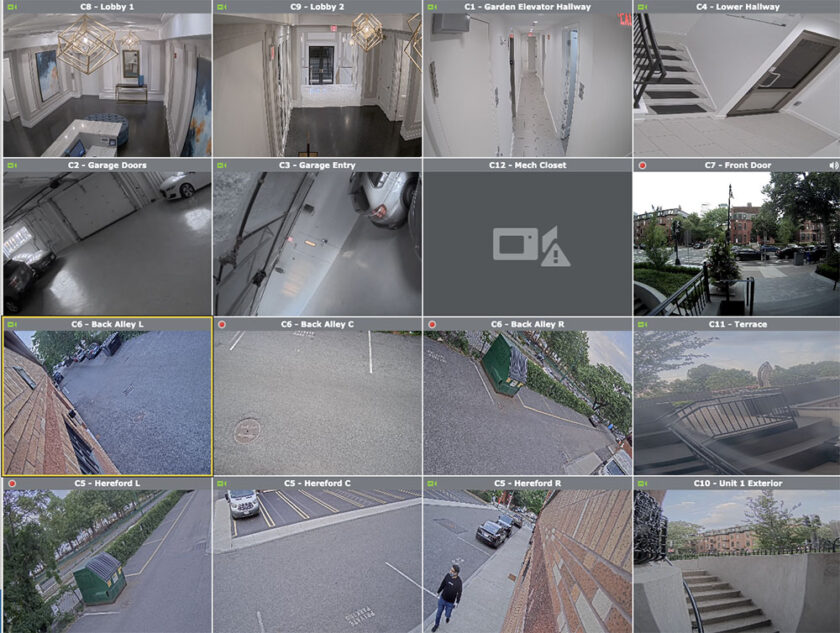 Now let’s examine why consumer-grade home security cameras are often poor night vision performers. When a camera tries to see in the dark, it needs a light source to illuminate the area below it. Unfortunately, the night vision illuminators that come with consumer cameras are designed for short range only and are of a fixed brightness. This means they typically over-expose what is nearby in a scene. This causes people and objects to appear “blown out” and without any detail. So much for trying to identify the bad guys.

Commercial cameras, however, are often equipped with more advanced night vision infrared (IR) illuminators. These can adjust their brightness automatically to the scene. This feature is called “Smart IR”, and it matches the camera’s infrared light output to the scene. With Smart IR, the subjects appear properly exposed and in full detail. If a camera cannot capture and deliver a properly-exposed and sharp image during the day and at night, it has limited usefulness.

5. How Much Camera Resolution is Enough?

Another important topic to discuss is camera resolution. It can be confusing to understand how much is enough. In this article, the term “resolution” refers to the number of dots (pixels) that make up a video picture; the more dots, the more detailed the video image. The same is true of high-resolution TV sets, the two most popular TV resolutions today are 1080p and 4K. 4K resolution contains about four times as much picture information as 1080p. Surveillance cameras are also manufactured in these two resolutions. It would be natural to believe that the more dots in your video image the better, right? Yes and no. When it comes to surveillance cameras, there are some tricky consequences to having such a high-resolution 4K image. In this case, more is not always better.

More is not always better

You would be hard-pressed to tell the difference between 1080p and 4K resolution when looking at a normal camera image. The one major benefit of 4K resolution is the ability to resolve detail after the fact. This means that users can zoom in on details such as faces while the recording of a security event plays. However, while 4K resolution offers some benefits, it also brings with it some drawbacks. 4K images are very large and take up a lot of recording storage space. So much, in fact, that they need about four times the hard drive space of 1080p to record the same length of video footage. Be prepared to spend more money if extended video storage is important.

If you are interested in a 4K camera system, you ideally will have a very high-speed Internet connection and a robust home network, ideally an enterprise-grade network. As discussed above, the 4K camera images are very large. That is a lot of data to push around the home’s network and optionally, to an offsite cloud recording service (more on that below). Rely on your HTA Certified technology professional for advice here, as they will be able to determine if a 4K camera system will work in your situation. Some of the better camera system brands have controls to adjust some of the recording parameters. This allows them to adjust so slower network connections still work reliably. Keep in mind that 1080p resolution generally has enough detail to deliver important video information while preserving network bandwidth and hard drive storage. 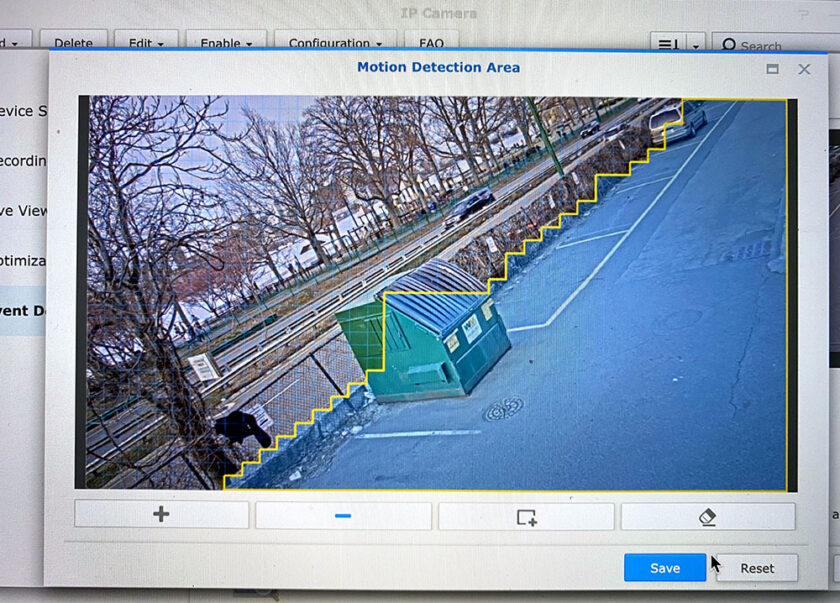 6. Integration. Does the Camera System Play Well With Others?

We have reviewed many important reasons why one should consider commercial-grade cameras so far. However, we have just skimmed the surface of the subject. In today’s network-connected world, a surveillance system is rarely a stand-alone system. It is worth knowing if your proposed camera system will integrate with other products.

Integration refers to “smart” devices that can talk to one another via a network. With the advent of the connected home, commercial camera systems can often communicate with other smart devices, such as voice control products. For example, a voice-controlled product like the Amazon Echo can display a camera view just by asking for it.

Another example of the benefit of integration is when a security sensor is triggered due to an intrusion. First, the alarm is set off, but then the lights throughout a house can be automatically turned on, and perimeter doors can lock tight, trapping the burglar. Systems that once had little to do with one another can now act in concert creating new features and benefits. 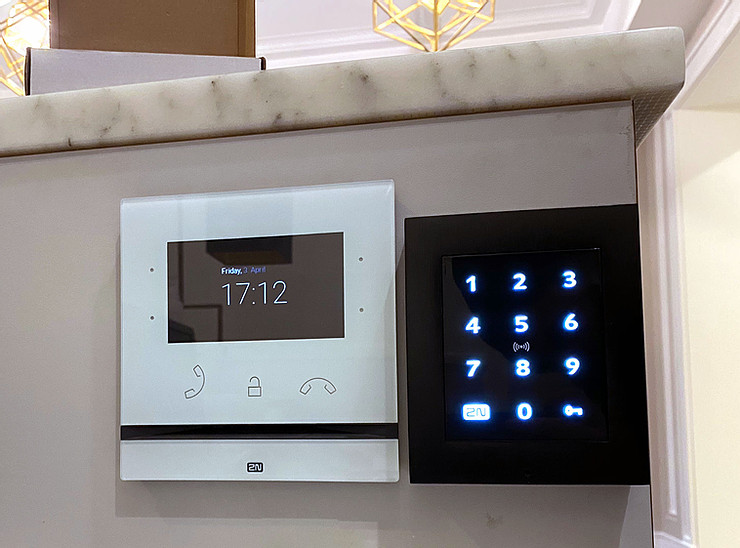 7. Hacking…and Tips to Prevent It

It is impossible to deny the huge benefit customers gain by attaching their home security cameras to the Internet, though as is frequently mentioned by the media, there are hackers lurking everywhere. It has become a fact of Internet life that no computer is 100% safe, and regrettably, security camera systems are at risk as well. The surveillance camera industry has been plagued over the last few years by various hacks and exploits being discovered by security researchers and hackers alike. Very few security manufacturers have been spared the embarrassment of finding out that their recorders and cameras have been hacked and controlled by some unauthorized person.

As a result, there is a renewed interest in making sure that security systems are protected from network threats. One of the best ways to protect your surveillance camera system is by using what is called a VPN Router/Firewall which is a type of computer designed to keep out unwanted threats. These devices are becoming the defacto standard when protecting any kind of networked equipment. Other technologies that were originally designed to make networking easier like P2P, and Port Forwarding, have only increased the ways that hackers can penetrate your network. Network security has become a necessary part of setting up and installing a security camera system and is one area that no one can afford to ignore. HTA Certified installation pros that install camera systems (noted in their company profiles) will be able to recommend and implement security best practices. TSP Smart Spaces also offers home cyber security solutions to ensure you are protected digitally and physically.

To help you choose the best surveillance camera system for your needs, contact us for a free consultation. TSP Smart Spaces is a leading integrator for home automation in Boston and we demonstrate excellence in technical knowledge, customer service, smart home support and reputation.